Bethesda Has Announced Delays of Starfield and Redfall

Bethesda's first Xbox exclusives are delayed to 2023.
This morning, the Bethesda Twitter account posted that Starfield and Redfall have been delayed to the first half of 2023. Starfield was set to release on 11-11-22, 11 years after Skyrim was released.
At last year’s E3 we got our first look at Starfield’s Creation Engine 2, and a date that seemed reasonable since the time between the game being announced and the release date were consistent with other Bethesda titles. But as time has passed, fans have grown skeptical since we have not seen any gameplay trailers since then. And the game was supposed to release in just a couple of months.
Why It's Okay To Be Cautious. 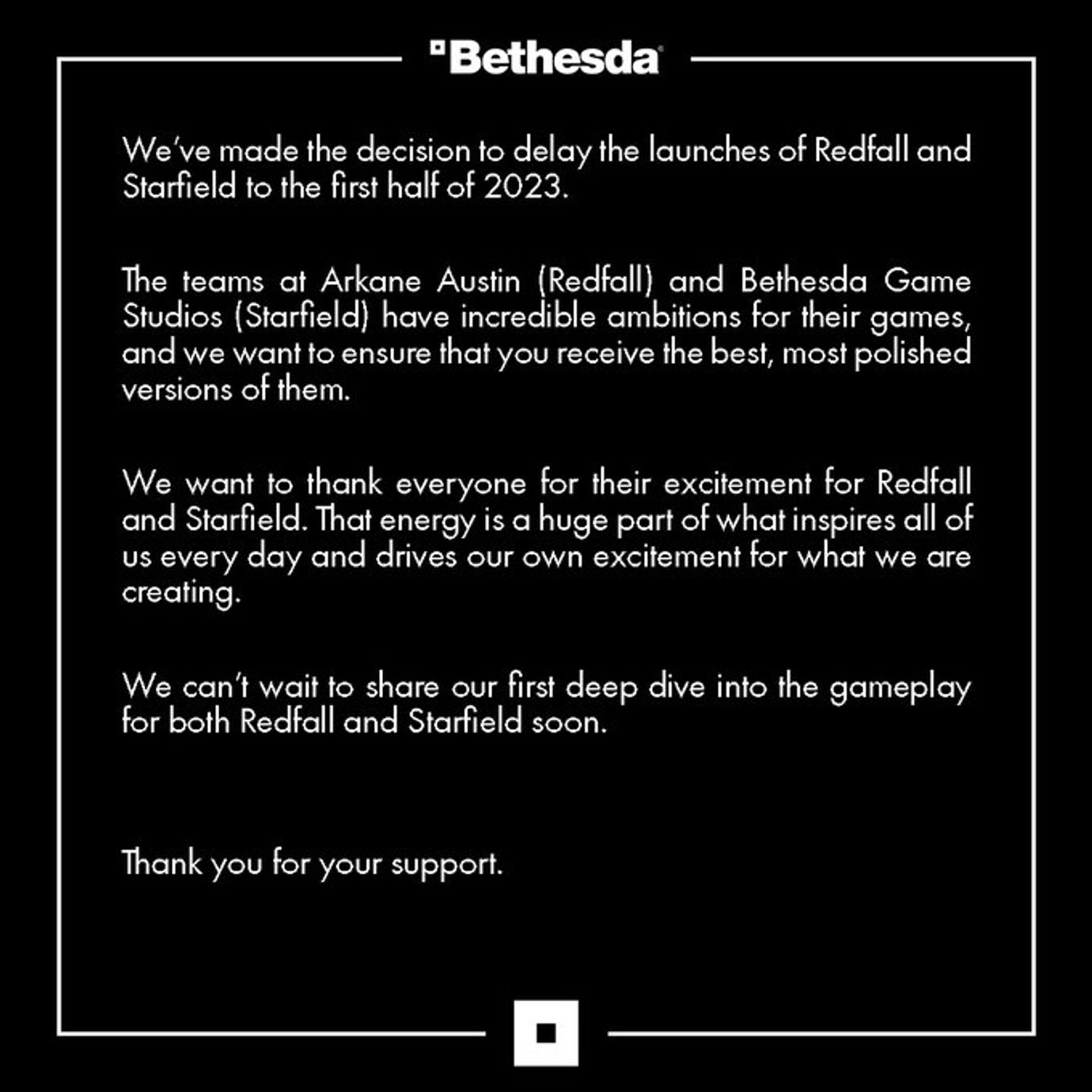 Another red flag for Starfield is the gaming community's trust in Bethesda. In 2014 when Fallout 4 was released - which is critically acclaimed and isn't a ‘bad’ game per se, but still uses the same game engine as Skyrim - it started to feel like the formula for Bethesda games was running thin. Then came Fallout 76 - which is now a gaming industry cautionary tale for developers and consumers.
You may also like
By drakerencher|Apr 29, 2022
Xbox and Bethesda Gaming Showcase in June
XboxE3microsoftSummer of GamingBethesda
By drakerencher|May 21, 2022
Skyrim Anniversay Edition Is Coming to the Switch
NintendoskyrimswitchBethesda
By drakerencher|Apr 27, 2022
Super Mario Movie Delayed
Nintendovideo gamesmovieMarioSuper Mario Brothers
Redfall 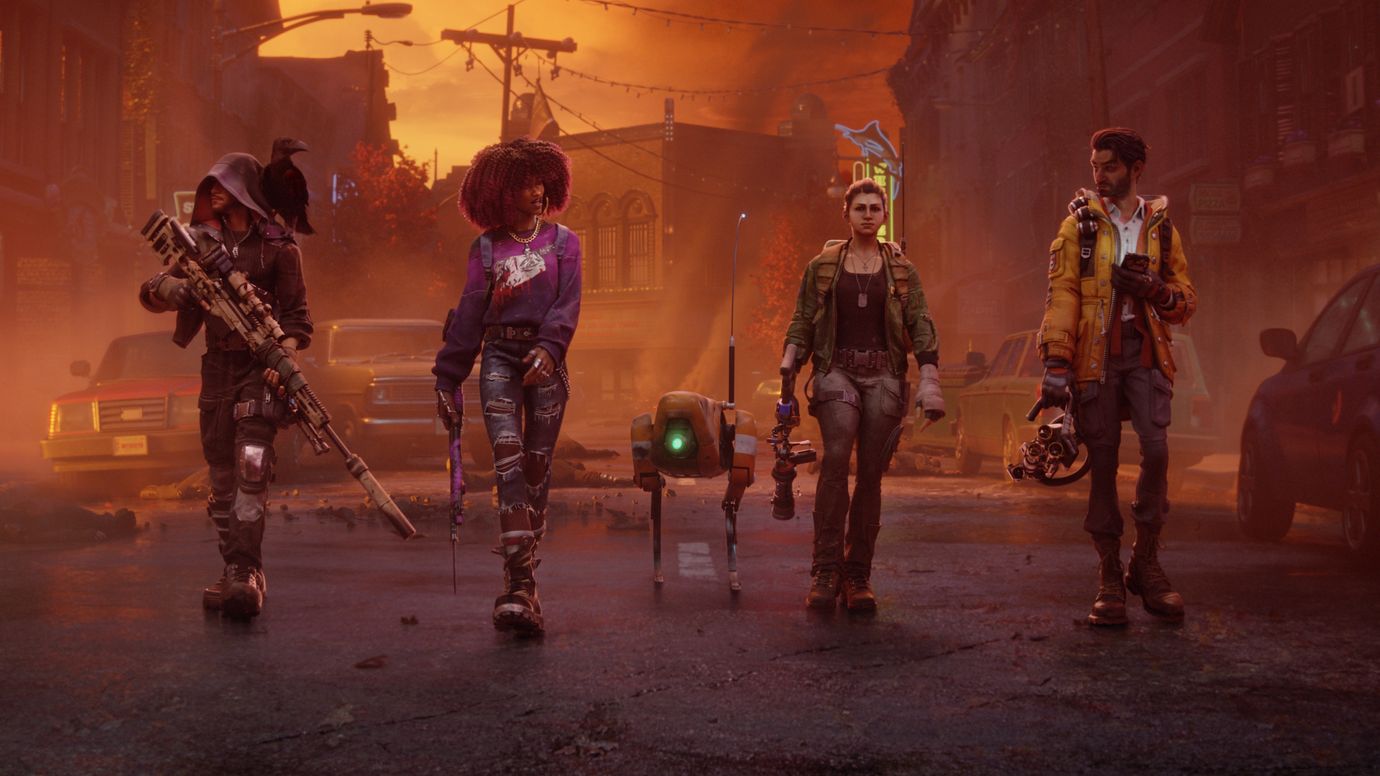 The other delayed game Redfall, an upcoming co-op open world first person shooter, was also shown at last year's E3. And if you haven't heard anything about this game, it's because there has been no new information on it since it had a release date for this September. It's now been pushed to the first half of 2023.
Redfall is being developed by Arkane, which Bethesda owns, and was supposed to be Xbox’s first Bethesda exclusive. But now that it’s been delayed, we don't know if it will release before or after Starfield.
By drakerencher | May 13, 2022
Share:
Tags: skyrimfalloutBethesdaStarfieldRedfall
You may also like
By drakerencher|Apr 29, 2022
Xbox and Bethesda Gaming Showcase in June
XboxE3microsoftSummer of GamingBethesda
By drakerencher|May 21, 2022
Skyrim Anniversay Edition Is Coming to the Switch
NintendoskyrimswitchBethesda
By drakerencher|Apr 27, 2022
Super Mario Movie Delayed
Nintendovideo gamesmovieMarioSuper Mario Brothers
More on news
By cerebrobot|May 25, 2022
Original Games Are Coming to TikTok
GamingTiktokvideo gamessocial media
By cerebrobot|May 25, 2022
COD Modern Warfare 2 Release Date Announced!
CodCall of dutyvideo gamesmodern warefaremodern warfare 2
By MikeBedard|May 24, 2022
These Peel-Off Ditto Pokemon Cards Are Blowing Peoples' Minds
pokemondittopokemon cardspokemon tcg
By MikeBedard|May 24, 2022
Pac-Man Is Coming to Fortnite!
fortnitevideo gamespacman
Popular