The Best Games You Can Play in Early Access Right Now

A game doesn't have to be finished to enjoy.
The best games are always the ones that aren't out yet. Luckily, you can get a preview of the best titles yet to come in "early access" mode. Early Access differs from beta mode in that it isn't free. While the games you purchase in early access aren't perfectly finished yet, the bulk of the game is substantial enough that players can test it out in a way that's beyond beta. The upside is you'll get the game at a discount, while the downside is you'll inevitably have to deal with some software bugs. Either way, the future of games is looking pretty bright. Here are our top 10 picks of what's yet to come.
Thrive

Players in this stimulation game are challenged to create - and then raise - a new species. But don't get too comfortable in your new role as god. The planet you create is bound to be full of competing species.  Other dangers include the environment and your own lack of knowledge. To survive, you have to find your evolutionary "niche," so to speak.
You may also like
By meagang11|May 14, 2022
Free (And Good) PS4 Games You Can Play Right Now
video gamesfreeps4available now
By meagang11|May 13, 2022
The Best Heavy Weapons In Tiny Tina's Wonderland Ranked
video gamesweaponsTiny tinas wonderland
By jadynator|Feb 9, 2022
Awesome Games Where You Basically Play the Villain
villainGTAmanhuntwario
Craftopia

Sure, Craftopia is a crafting game that just combines features of various already existing crafting games. What's the big deal? Well, Craftopia mixed all the BEST crafting contents and left out the bad: farming, automation, breeding pets, dungeon exploration and building are activities that this game perfectly hits. You can even go fishing!
ToGather: Island

ToGather is an early access title that has remained on the DL... for now. Once players grasp its excellence, we see a major growth spurt in its future. Game developers call it a "science fantasy"... which means it combines the otherworldly with science. Best of all, your journey will involve a lot of puzzles and galavanting across an island. So put your thinking cap (and swimming cap) on.
Baldur's Gate 3

Baldur's Gate 3 takes place in the same world as Dungeons and Dragons. So already, we start off with a bang. It's a role-playing video game that offers both a single-player and a multiplayer element. The story takes place in the year 1492, when the forces of darkness are on the rise. Evil in this game is spread through parasites given by "mind flayers." Try to get your ship up and running again so you can get the heck out of here.
Valheim

The first point to make about Valhein is that a month after its release, it had sold over five million copies and was one of the most played games on Steam. Valhein is an open-world survival game that's played from a third-person perspective. In the game, you're a Viking trying to advance to the next level of your spiritual warrior-hood. Tests involve crafting tools and building shelters -- anything to survive. Killing the five bosses located in different biomes of the game is the main goal. Have fun!
Becastled

Becastled is about exactly what it sounds like: building and defending your castle from sieges. Other tasks involve managing resources, training your army, surviving a siege and exploring the ancient conflict between light and dark. But your most important job of all? Making sure your citizens are happy.
Everspace 2

Messing around with complicated graphs and plotting galactic domination is fun. But Everspace 2 moved the focus more towards space combat and exploration...which as it turns out, is even more fun. The game also promises to deliver secrets, puzzles and perils. Yes please!
Dune: Spice Wars

A strategy game where you must lead your troops into battle in order to control the planet of Arrakis. Fans of the movie and book might remember that spice is the most valuable resource in the universe and that Arrakis is where it's at. Therefore, you will fight to the death for power over Dune and the spice. If you can do that, you can control the universe.
Metal Dogs 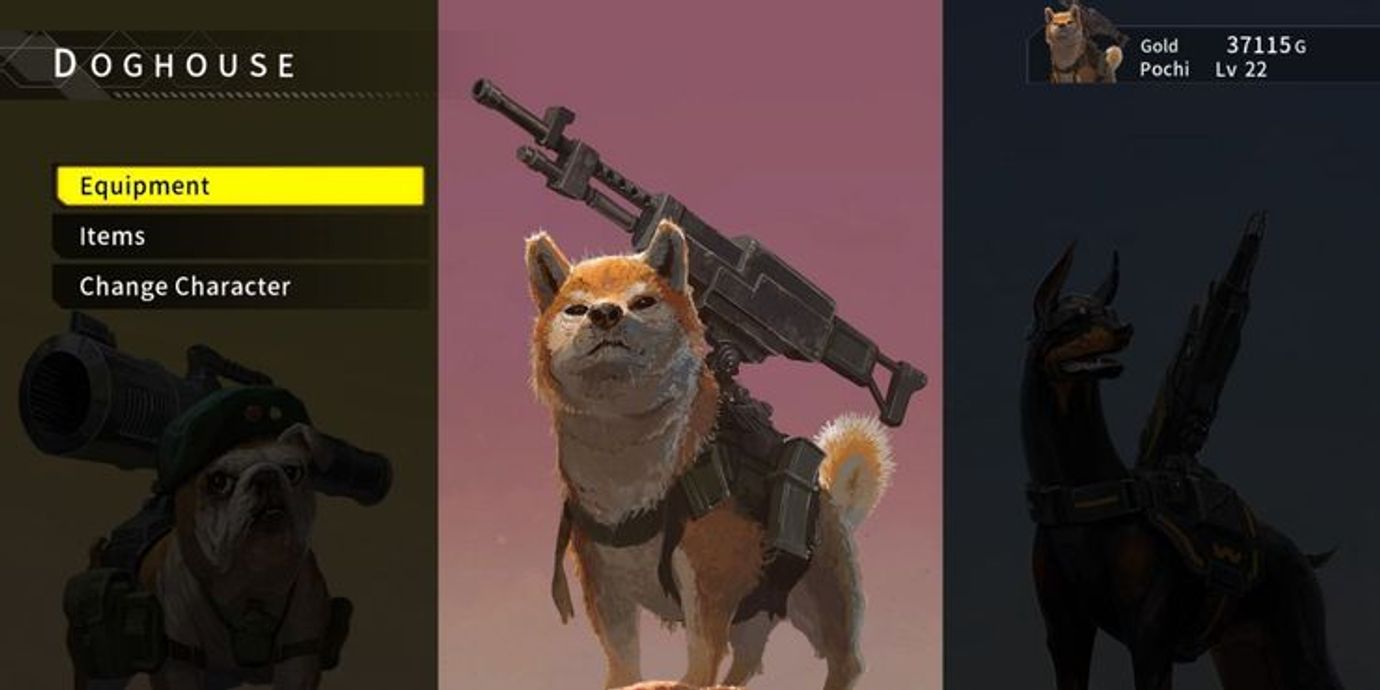 Not only is the name original, but almost everything in the post-apocalyptic game Metal Dogs is exciting. Described as a "rouge-action game," the purpose of the game is to hunt down monsters who have a bounty on their head. Any prize money from monsters collected goes towards maintaining your tank, so don't get excited for a shopping spree.
Dyson Sphere Program 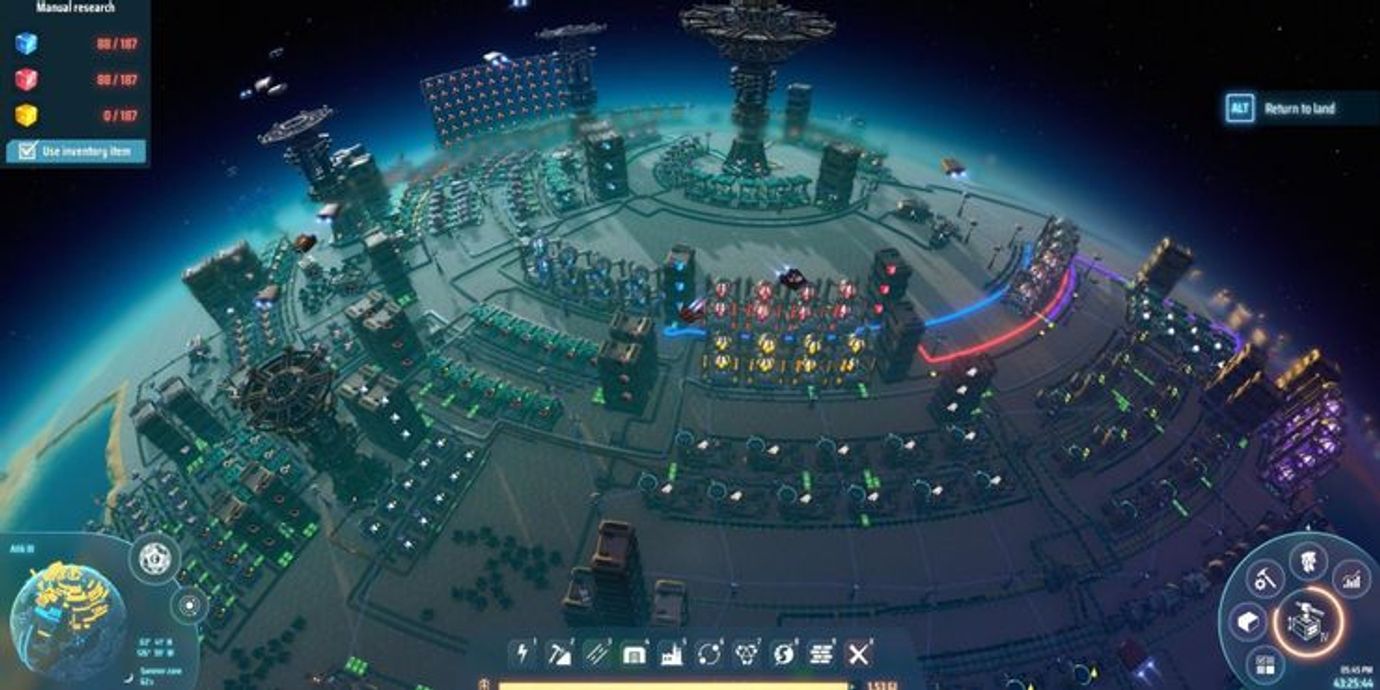 Dyson Sphere Program is a sci-fi simulation game that encourages players to build their own "galactic industrial empire" from scratch. The game includes plenty of quests with space, adventure, exploration and factory automation elements. Your main dilemma is figuring out how to run your super computer that has infinite intelligence but uses more energy that we currently have.
By meagang11 | May 8, 2022
Share:
Tags: video gamesearly accessbest gamesnow playable
You may also like
By meagang11|May 14, 2022
Free (And Good) PS4 Games You Can Play Right Now
video gamesfreeps4available now
By meagang11|May 13, 2022
The Best Heavy Weapons In Tiny Tina's Wonderland Ranked
video gamesweaponsTiny tinas wonderland
By jadynator|Feb 9, 2022
Awesome Games Where You Basically Play the Villain
villainGTAmanhuntwario
More on viral
By meagang11|May 22, 2022
Every Character Hangout Quest In Genshin Impact Ranked
RankedGenshin Impactvideo gameshangoutquest
By meagang11|May 22, 2022
Promo Codes For Free Items in Roblox For May
video gamesrobloxmaypromo codes
By meagang11|May 22, 2022
Game Franchises That Had a Successful Jump to 3D
video games3Dsuccessfullreboot
By tennysonh|May 15, 2022
The Best Switch Games of 2022 So Far
Nintendovideo gamesnew gamesswitch
Popular