Elden Ring Bosses That Are Much Easier With a Friend

Just accept it and get some help.
There is no shame in calling aide from a friend, especially in a title such as Elden Ring. With every incredibly difficult boss comes the option to call upon another player to help you defeat a seemingly invincible foe. Below is a list of the 10 bosses that need some extra support to defeat!
Malenia, Blade of Miquella We'll start with the hardest first. Malenia is one of the most difficult bosses in the game and will mock you every time you die by saying she has never lost a fight. She is incredibly fast and will heal herself after hitting you and dealing a lot of damage. Taking on this boss with a friend is still challenging but it can be easier to stagger her. Coordinated attacks are the key in beating her as a pair.
You may also like
By tennysonh|Apr 5, 2022
The Most Brutally Hard Game of the Year Is Causing a Meltdown on Twitter
video gameelden ringtwitterdark souls
By cerebrobot|May 13, 2022
Mega Elden Ring Player, Let Me Solo Her, Defeats Elden Ring's Hardest Boss 1000 Times
streamersvideo gameselden ringnewslet me solo her
By LewisWilson|Apr 11, 2022
Elden Ring Players Discover A New Way To Easily Defeat A Major Boss
video gameselden ringdark soulsBloodborneFromSoftware
Godskin Duo The Godskin Duo appears before Maliketh but is arguably an easier opponent. This boss has the ability to predict when you will attempt to heal yourself and throw fire at you to stop you in your tracks. Ringing a friend helps balance the fight so it is no longer 2 v 1.
Maliketh The Black Blade 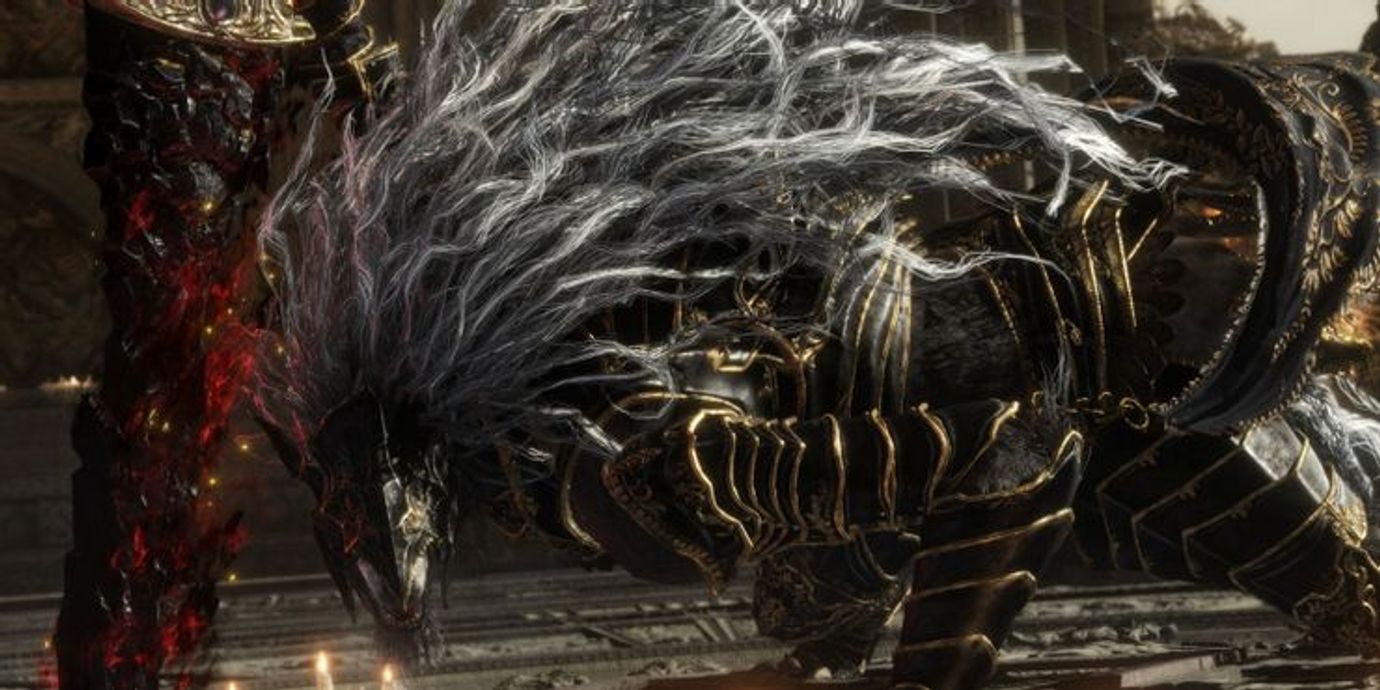 Fighting this boss as a pair has the one benefit of allowing time for players to heal. Maliketh is incredibly aggressive and leaves players little to no room for recovery as they are trying to deal damage to this fearsome creature. Having another player by your side during this fight is a huge advantage.
Starscourage Radahn Having another player to take on these two gargoyles is a huge plus considering how powerful they are when you're alone. Gargoyles are a staple in FromSoftware games and these ones are no exception. Be prepared to split these two up in order to defeat them.
Crucible Knight And Crucible Knight Ordovis Another pair of bosses complicate things if you are on your own. Summoning another player to take on each of these bosses is crucial and will benefit the both of you. It is important to keep in mind that each of these bosses, even by themselves, are still very powerful and it will take just as much skill and patience to defeat one fo them alone.
Commander Niall This boss hits you on two major fronts - the first being in aggressive attacks which will not allow you to heal. Another being the ability to summon soldiers to fight against you while you are trying to stay alive. Having two players will help thin the crowd of combatants and allow each other to heal while fighting this boss together.
Dragonlord Placidusax A two-headed dragon seems ideal for taking on with two players. There are huge sweeping attacks you must dodge before a variety of other attacks are thrown at you. Having another player with you to relieve the pressure of these attacks will give you both an advantage against such a difficult creature.
Godrick The Grafted 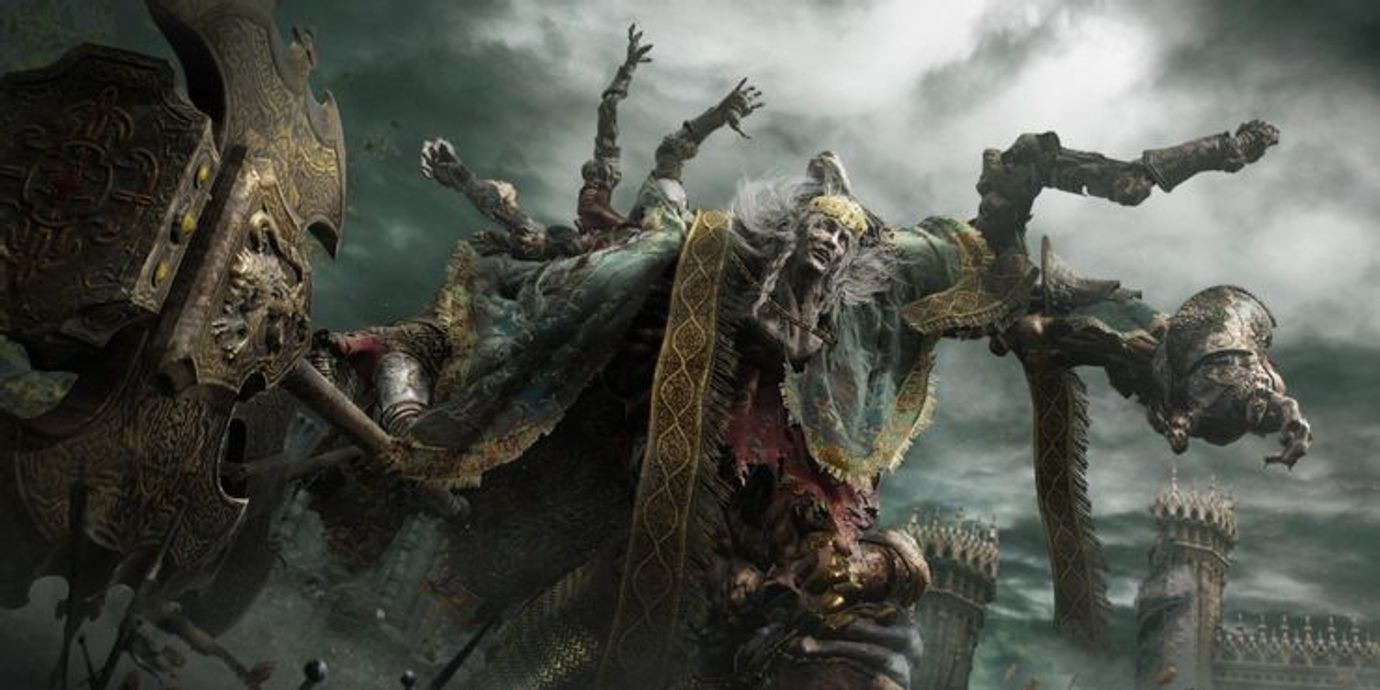 If you thought Margit was hard, Godrick The Grafted presents even more challenges in fighting a similar boss. Since Godrick is a fan of using ranged attacks on players, having another Tarnished to distract him while you make attacks is a major plus for going against this boss.
Margit, The Fell Omen Margit is a unique challenge as he is the first major boss in the game. Even though he is the first, he certainly is not the weakest. Margit is incredibly fast and unpredictable in his fighting style and it will take all of your time and skill to defeat him. This is a much more manageable task to do with a friend.
By tennysonh | May 13, 2022
Share:
Tags: video gameelden ringbossesco-op
You may also like
By tennysonh|Apr 5, 2022
The Most Brutally Hard Game of the Year Is Causing a Meltdown on Twitter
video gameelden ringtwitterdark souls
By cerebrobot|May 13, 2022
Mega Elden Ring Player, Let Me Solo Her, Defeats Elden Ring's Hardest Boss 1000 Times
streamersvideo gameselden ringnewslet me solo her
By LewisWilson|Apr 11, 2022
Elden Ring Players Discover A New Way To Easily Defeat A Major Boss
video gameselden ringdark soulsBloodborneFromSoftware
More on viral
By meagang11|May 22, 2022
Every Character Hangout Quest In Genshin Impact Ranked
RankedGenshin Impactvideo gameshangoutquest
By meagang11|May 22, 2022
Promo Codes For Free Items in Roblox For May
video gamesrobloxmaypromo codes
By meagang11|May 22, 2022
Game Franchises That Had a Successful Jump to 3D
video games3Dsuccessfullreboot
By tennysonh|May 15, 2022
The Best Switch Games of 2022 So Far
Nintendovideo gamesnew gamesswitch
Popular