Tiny Teena's Wonderlands is chaotic and destructive, both of which are almost perfectly summed up in the heavy weapon choices that the game gives you. However, while Borderlands games of the past boast weapons capable of melting evil bosses in seconds, Tiny Tina's Wonderland's weapons are a little more tame. Therefore, we can't claim that the following list of weapons come anywhere close to some of those found in the Borderlands favorites. However, the following list of heavy weapons are TTW's best and still extremely exciting to use. If rocket launchers don't intimidate you, here are some of the best heavy weapons found in Tiny Tina's Wonderlands.
10. Ruby's Spite 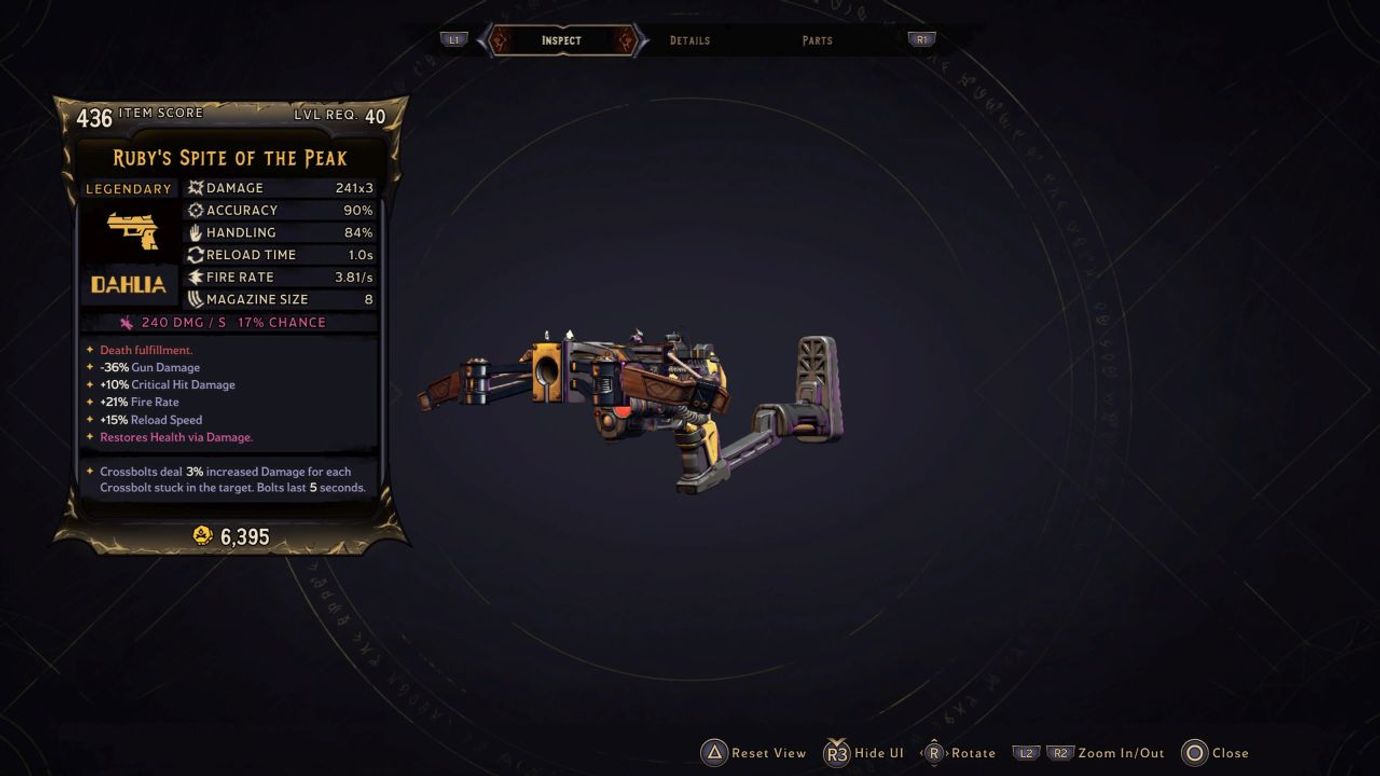 The Ruby’s Spite is is categorized under something called "Dark Magic" and its the only pistol that fires a series of three crossbolts per-shot.  It might not look like the coolest choice, but where this weapon really stands out is when taking on large bosses and close range enemies.
You may also like
By meagang11|Apr 21, 2022
The Best Weapons For PvP In Elden Ring
video gameselden ringweaponsPvP
By meagang11|May 22, 2022
Promo Codes For Free Items in Roblox For May
video gamesrobloxmaypromo codes
By tennysonh|Apr 19, 2022
The Best Modern Warfare Loadouts for 2022
CodCall of dutyvideo gamesloadoutCODMW
9. Wizard's Pipe 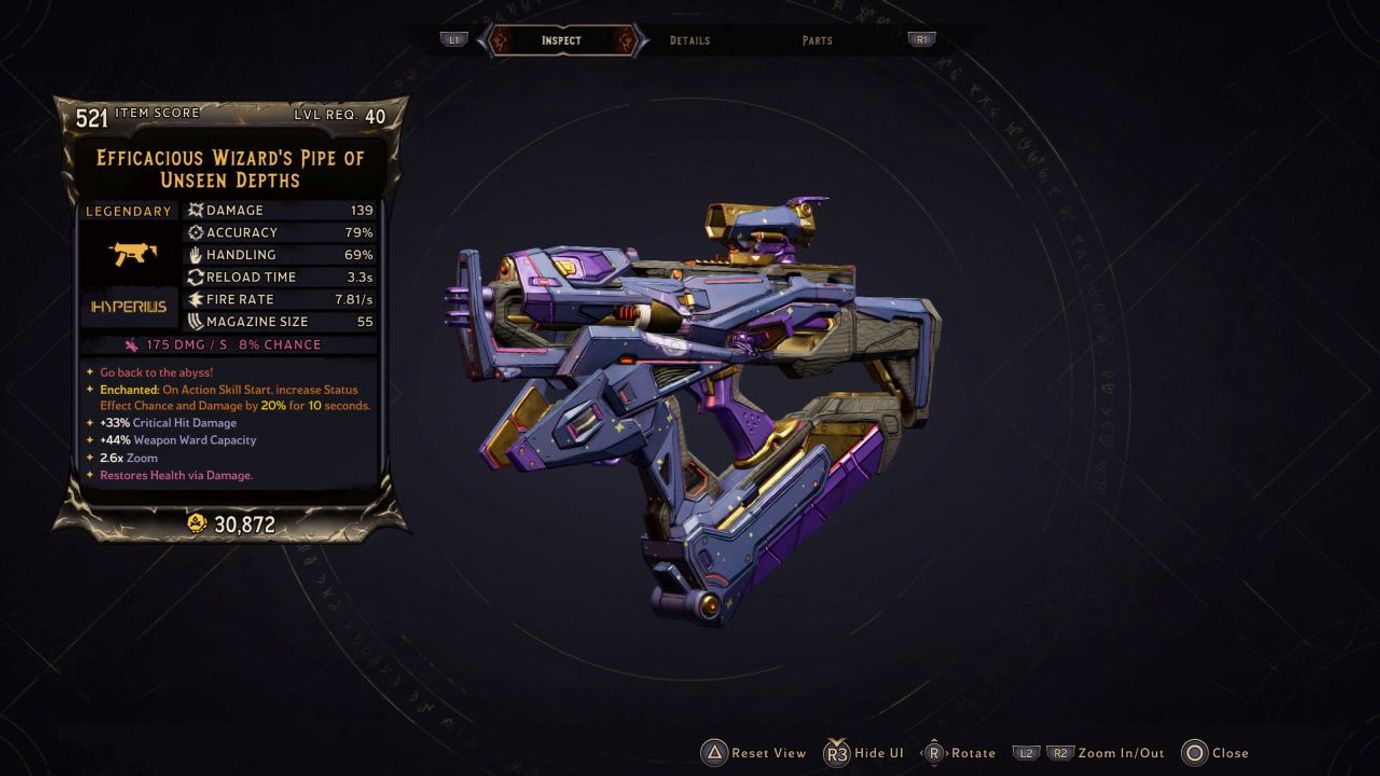 The Wizard's Pipe may look weird, but it also has special abilities capable of summoning elemental orbs. These orbs fire out of the gun and correspond to the weakness of the current enemy you happen to be shooting. As you can imagine, this makes it an extremely reliable mobbing and bossing weapon.
8. Epitaph

The Epitaph heavy weapon is unarguably boring in its standard launch mode. It's a pretty average missile projectile that simply explodes on impact. But remember, TTW includes "The Big Boy" mode. The big boy mode takes the Epitaph from zero to hero, and makes it fire a homing missile that explodes when it finds an enemy.
7. Bootknocker 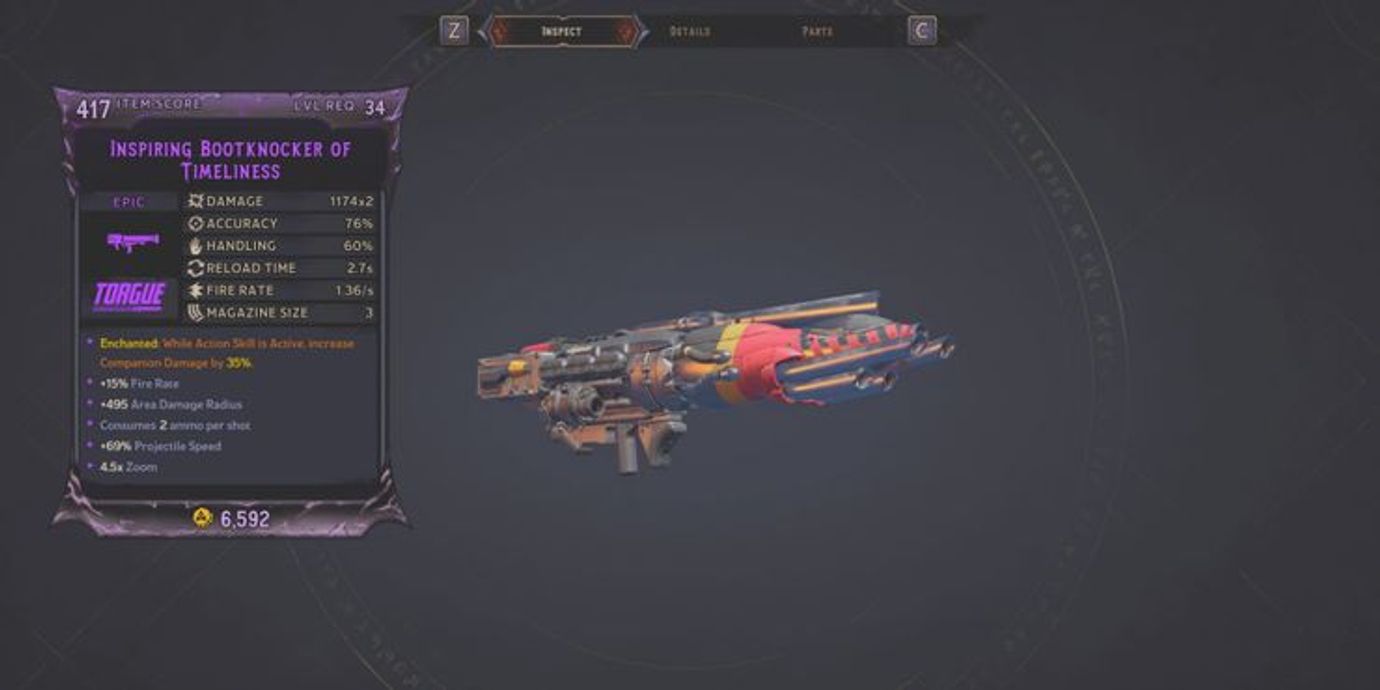 There is a "Sticky Bomb" feature to this weapon that's amazing. Firing the Bootknocker in this mode launches three sticky bombs that will stick to the nearest target and eventually explode. But beware! If you stand too close to said bomb, it can explode and damage you as well.
6. Moleman 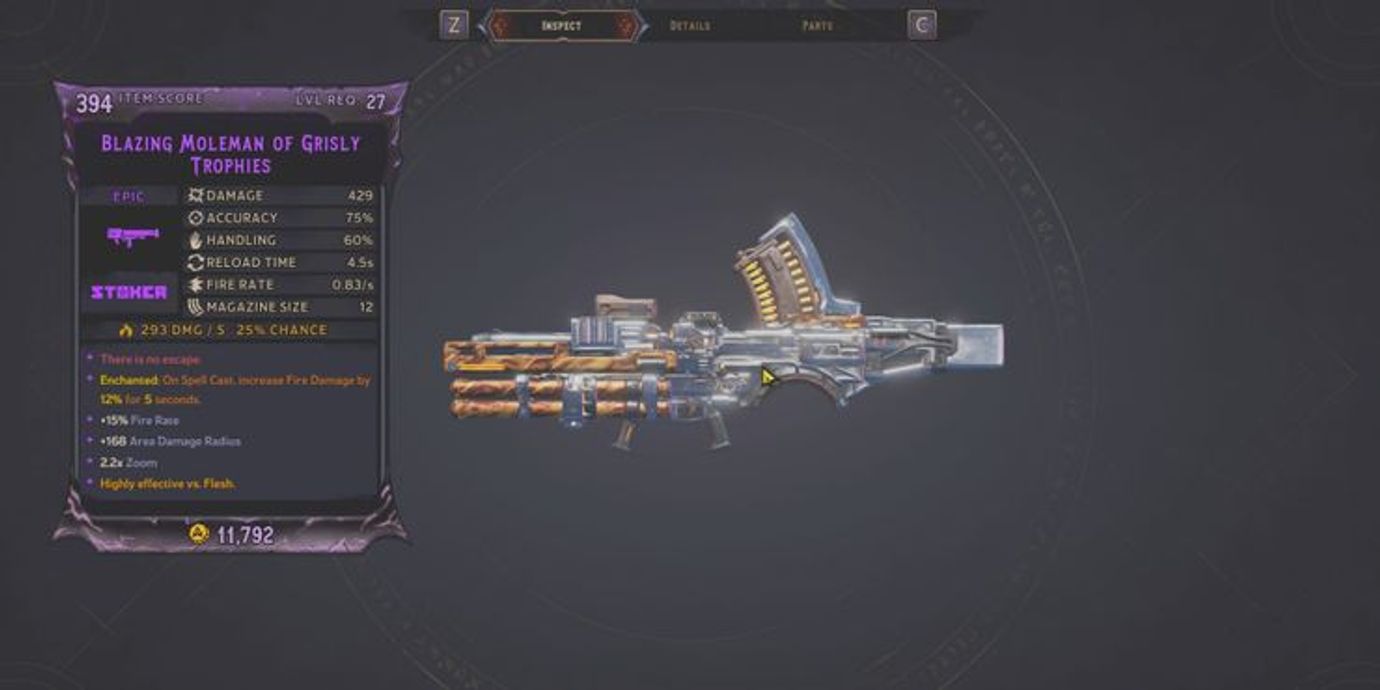 The Moleman heavy weapon performs exactly as described. It fires a missile that buries itself into the ground, continuing in a straight line until it finds a target, exploding on impact. No one ever sees this one coming.
5. Lodgebuster 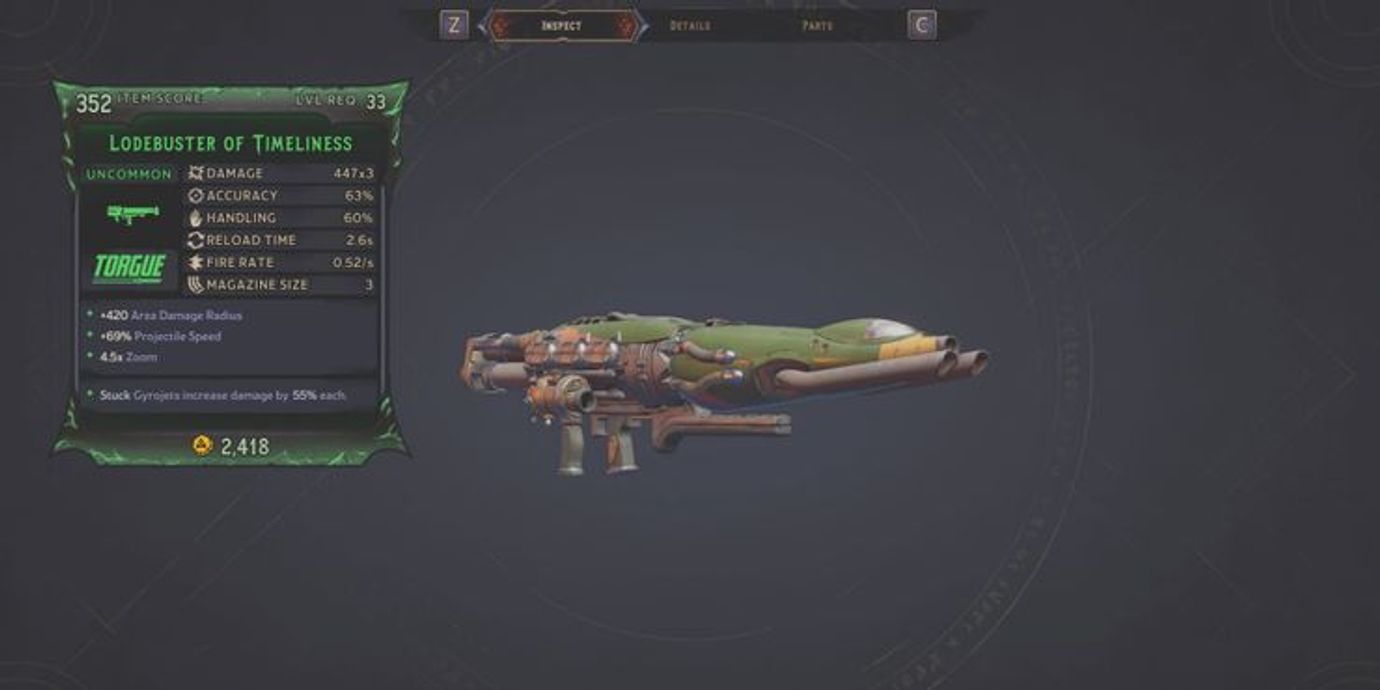 The Lodgebuster can come through in a crunch. First, this weapon has "Sticky Mode" which allows players to fire sticky bombs at enemies. However, since this weapon is not a Legendary there is no dedicated drop area, so farming the "barf bunnies" after completing a Chaos Chamber run is the best place to get it.
4. Bedlam 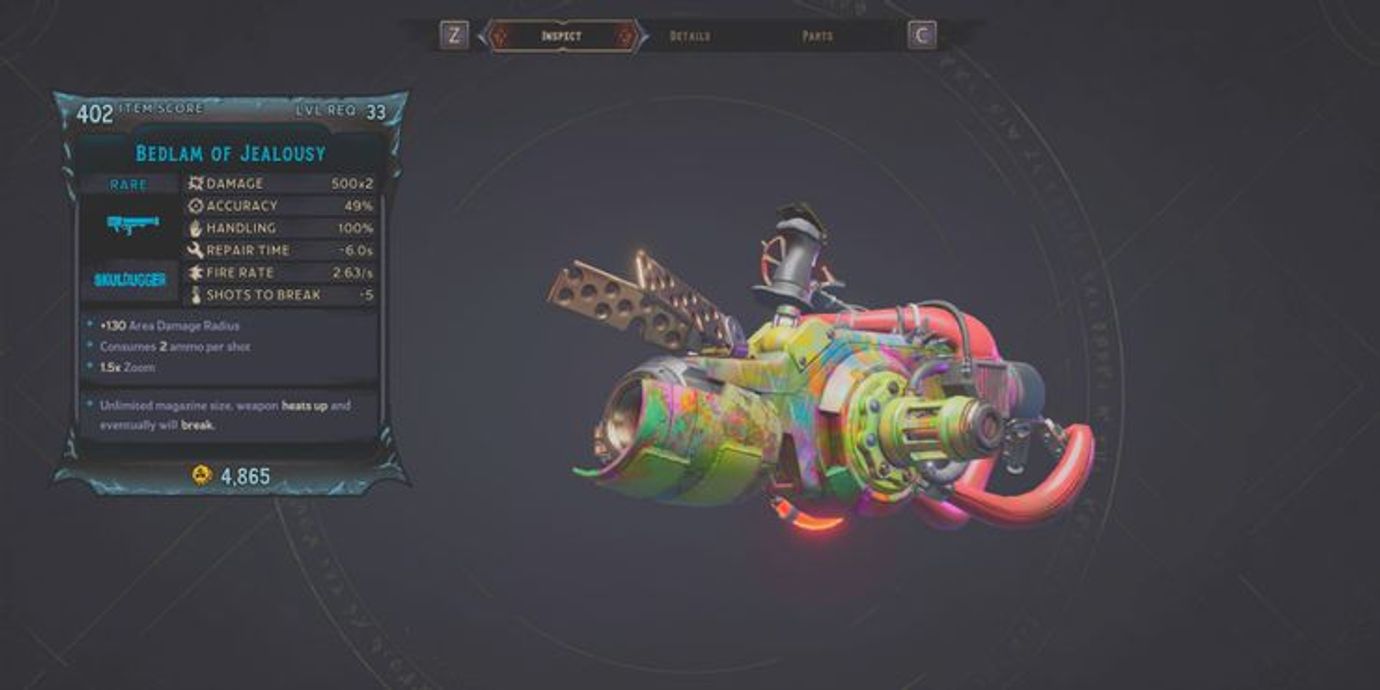 The Bedlam is like a quilt of weapons and what to reach for when you need the following things: a rocket launcher, an SMG, and a chainsaw. The Bedlam spits vertical chainsaws that bounce until they strike a target. The extra cool news is that it never needs to be reloaded. It will keep firing until the gun overheats.
3. Cannonballer 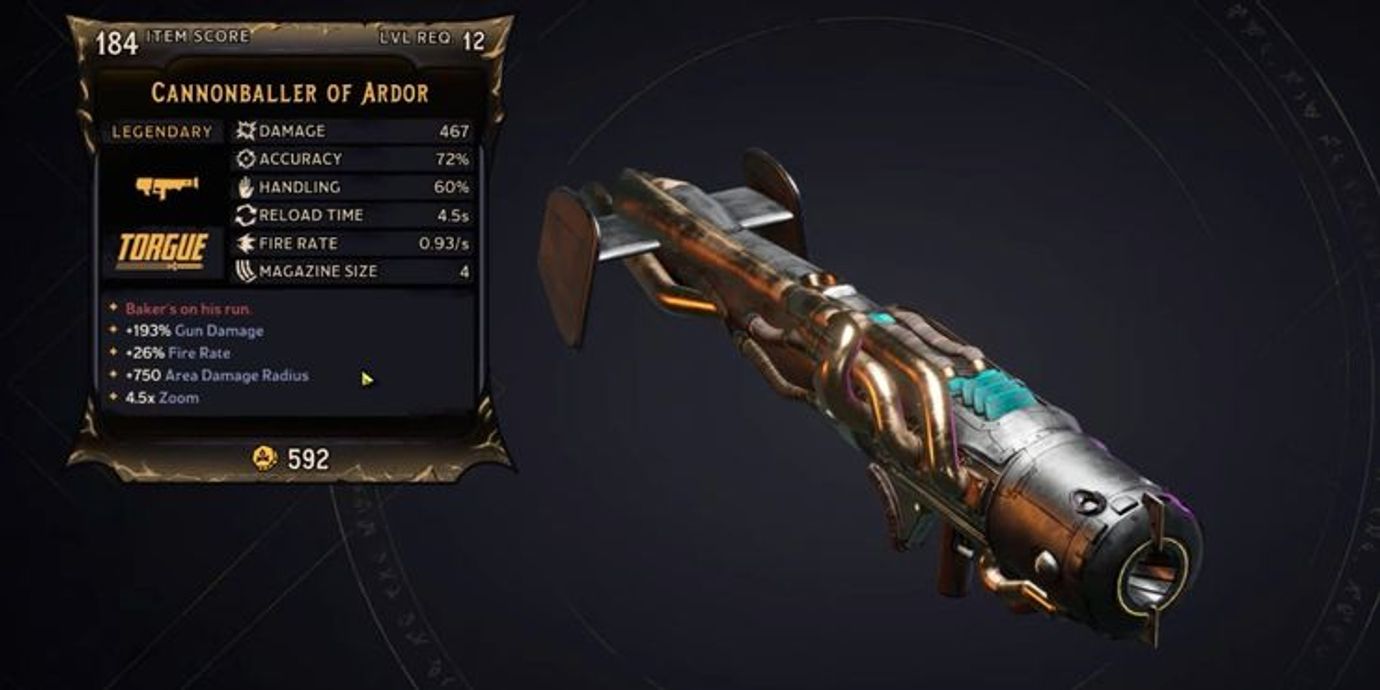 The Cannonballer is one of the few Legendary heavy weapons, and it fires cannonballs rather than missiles. When using the first mode, these balls will bounce until they explode. However, in the "triple shot mode", it will fire three cannonballs for the price of one.
2. Delugeon 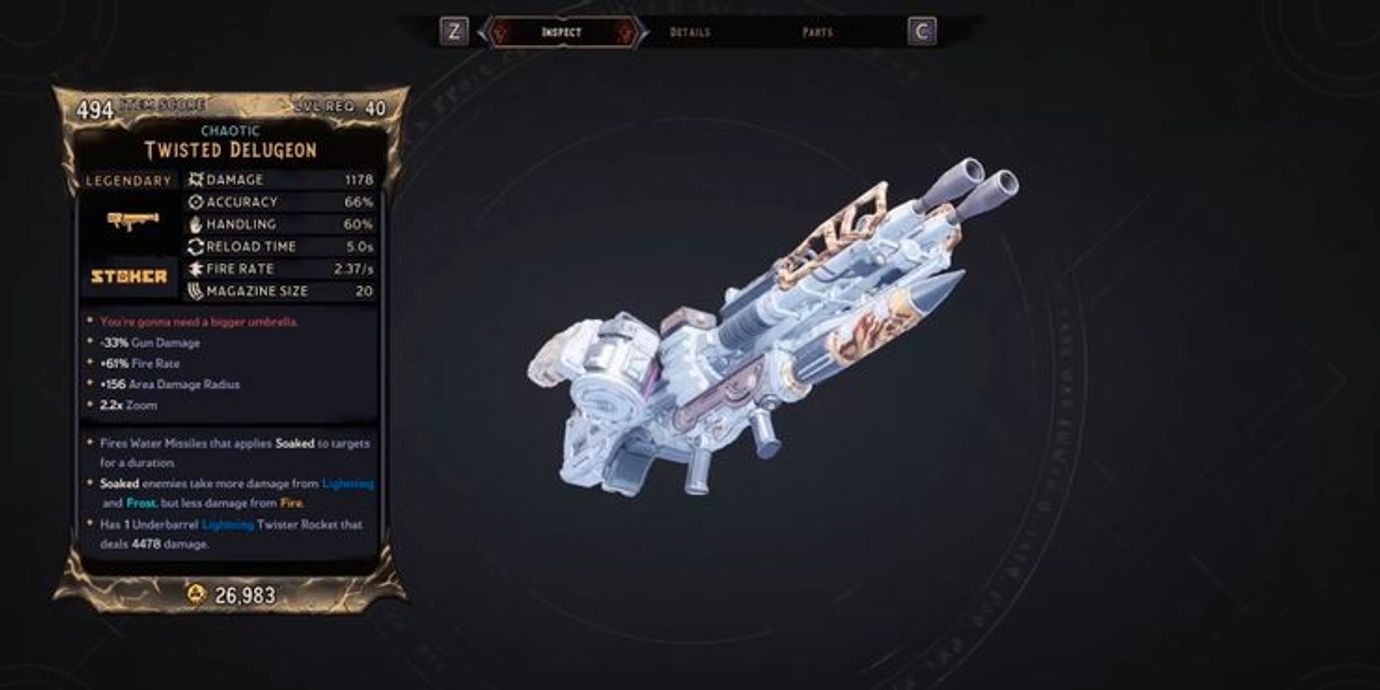 The Dulugeon is a heavy weapon with a very interesting concept. Firing it essentially "soaks" an enemy (like a water-gun), leaving them covered in a flammable substance. If you then hit your enemy with fire from the gun's Lightning Twister Rocket mode, the lightning will interact with the "soaked" effect to do extreme damage. Yay!
1. Blue Cake 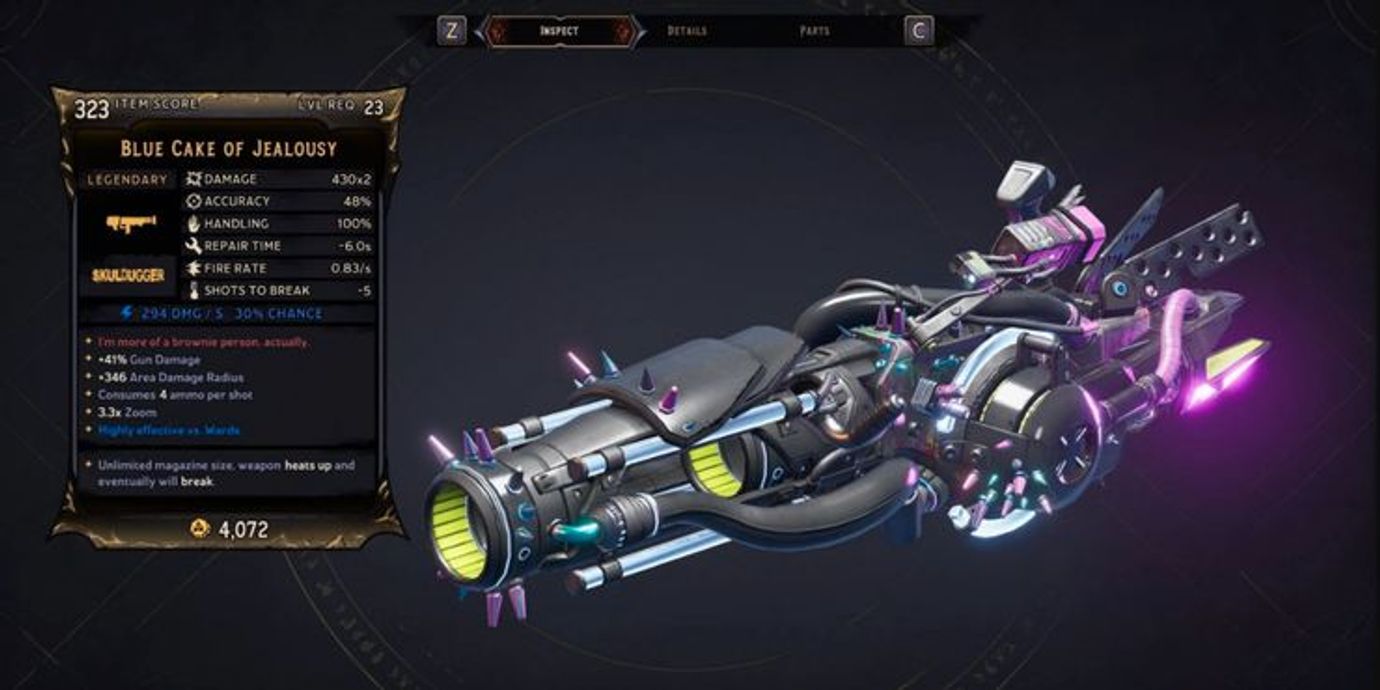 Yes, this is essentially the same weapon from Borderlands 3 but called Yellow Cake. The only difference is the Blue Cake isn't quite as powerful and cannot chew through a boss in a matter of seconds. BUT it can evaporate smaller, squishier enemies. At the right range, it has the potential to one-shot mobs.
By meagang11 | May 13, 2022
Share:
Tags: video gamesweaponsTiny tinas wonderland
You may also like
By meagang11|Apr 21, 2022
The Best Weapons For PvP In Elden Ring
video gameselden ringweaponsPvP
By meagang11|May 22, 2022
Promo Codes For Free Items in Roblox For May
video gamesrobloxmaypromo codes
By tennysonh|Apr 19, 2022
The Best Modern Warfare Loadouts for 2022
CodCall of dutyvideo gamesloadoutCODMW
More on viral
By meagang11|May 22, 2022
Every Character Hangout Quest In Genshin Impact Ranked
RankedGenshin Impactvideo gameshangoutquest
By meagang11|May 22, 2022
Game Franchises That Had a Successful Jump to 3D
video games3Dsuccessfullreboot
By tennysonh|May 15, 2022
The Best Switch Games of 2022 So Far
Nintendovideo gamesnew gamesswitch
By tennysonh|May 15, 2022
Games To Plays If You Loved Switch Sports
Nintendo Switchvideo gameswitch sports
Popular