May 16th, 2022
Gamelancer Featured in Forbes Article on Evolving Relationship Between Film & TV Industry and the Gaming Sector
“Netflix’s entry into the gaming industry and new companies like Gamelancer will both be stories to watch.”
May 16, Toronto, Canada - Gamelancer Gaming Corp. (CSE: GMNG | OTCQB: WDRGF | FRA: 64Q) (“Gamelancer” or the “Company”), a mobile-focused entertainment company providing brands access to the global gaming audience through its owned and operated channels, has been featured in a Forbes article by Josh Wilson on the rapidly changing media landscape.
Citing Netflix’s recent acquisition of Boss Fight Games, a private game developer, in March of this year and its offer to purchase Finnish mobile games developer Next Games in the same month, Wilson writes that Gamelancer is the next-gen business at the frontier of a massive shift in how gaming and media intersect at scale. Media giants like Netflix, Disney, and Meta are increasingly looking at the gaming sector as a means of enhancing subscriber retention and growth into new demographics, specifically the burgeoning Gen-Z audience, where Gamelancer has so effectively built its massive following.
Gamelancer Co-Founder & Chief Strategic Officer Razvan Romanescu states, “Gamelancer is positioned to be the largest Gen-Z gaming media conglomerate, and to spearhead cloud gaming and social connectivity.”
He concludes, “There’s a lot we have in the pipeline to further expand and adapt to the growth across the marketplace.”
To read the full article, “Film and TV Industry Eyes Opportunity in the Gaming Sector”, please click the following link:
https://www.forbes.com/sites/joshwilson/2022/05/12/film-and-tv-industry-eyes-opportunity-in-the-gaming-sector/amp/ 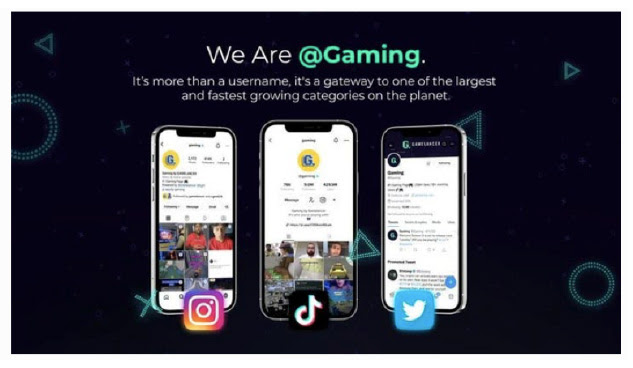 “Through leveraging their handle - @gaming - across platforms they’ve garnered a sizeable following that shows no sign of slowing down.” - Josh Wilson, Forbes
https://gamelancer.com/press/2022-05-16